US bomber crew shot down over Japan were dissected while ALIVE in horrific WW2 experiments: Japanese university acknowledges full details of atrocity 70 years on 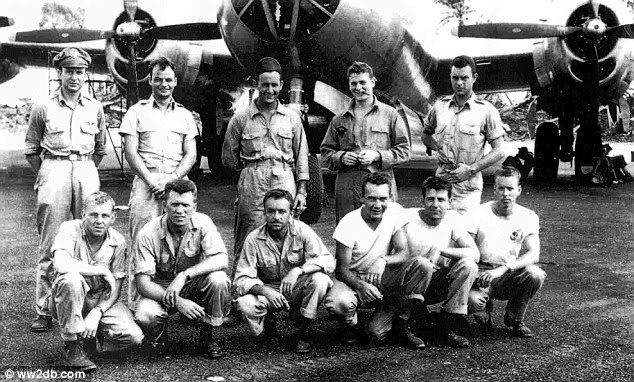 By Elaine O'flynn For Mailonline

(Daily Mail) A Japanese university has opened a museum acknowledging that its staff dissected downed American airmen while they were still alive during World War Two.

The move is a striking step in a society where war crimes are still taboo and rarely discussed, although the incident has been extensively documented in books and by US officials.

A gruesome display at the newly-opened museum at Kyushu University explains how eight US POWs were taken to the centre’s medical school in Fukuoka after their plane was shot down over the skies of Japan in May 1945.

There, they were subjected to horrific medical experiments - as doctors dissected one soldier’s brain to see if epilepsy could be controlled by surgery, and removed parts of the livers of other prisoners as part of tests to see if they would survive.

Another soldier was injected with seawater, in an experiment to see if it could be used instead of sterile saline solution to help dehydration. All of the soldiers died from their ordeal.

The horrific episode has been described in previous books, one by a Japanese doctor who took part in the experiments, but the museum represents an official acknowledgement of the atrocity

When the incidents came to light during a discussion with professors in March, the university decided to include information about the experiments within their new museum.

About twelve airmen - the exact number is unclear - were aboard Captain Marvin Watkins' B-29 when it took off from Guam on a bombing raid against an airfield in Fukuoka... (continued)