Good Friday: The One About BEING TORTURED AND EXECUTED BY THE PERSON YOU LOVE MOST 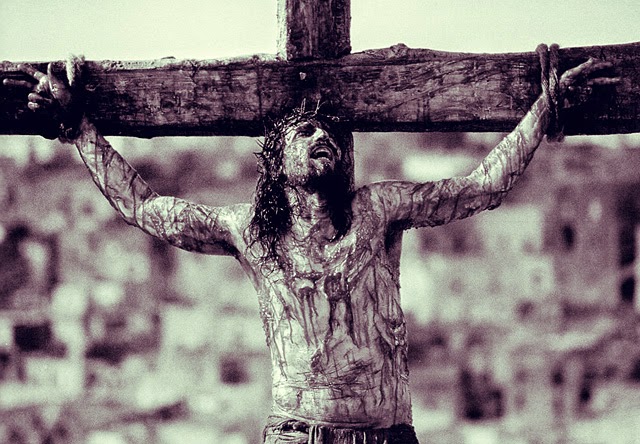 Several emails have come in asking advice on cultivating an authentic, genuine “personal relationship” with Christ.  The answer is simple, and it comes from Our Lord Himself who has told many mystic saints and doctors of the Church the same thing: THINK AND PRAY ABOUT MY PASSION AND DEATH.  Why?  Because thinking about Our Lord’s torture, agony and excruciating death forces us to confront Him as a Person, True God AND True Man.  Legal systems don’t sob until their capillaries burst.  Philosophies don’t suffer the agony of unrequited love.  Imaginary friends don’t lay down their lives.  Bureaucracies don’t fight asphyxiation by pushing themselves up on their impaled feet.

Think about that early and often, and I promise that you will develop a PERSONAL RELATIONSHIP with Him.

The key to beginning to understand the Incarnation, God becoming Man, is Christ’s agony in the Garden of Gethsemane. If you recall, after the Last Supper in the Upper Room, Jesus and the apostles, except for Judas who was on his errand of betrayal already, went to the Garden of Gethsemane. John tells us that Jesus went there with the apostles frequently to pray, and thus it would be one of the first places Judas would have known to look for Him. The wheels of the Passion are in motion. Jesus knows exactly what is coming, and that it is coming within a matter of hours.. (continued)