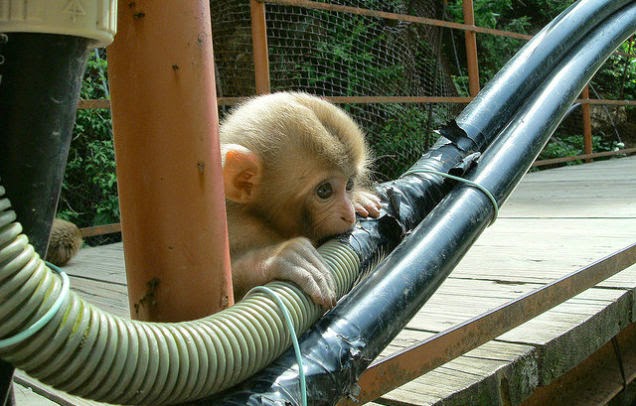 Specifically, its the 3,000 year-old holy city of Varanasi that’s having the hardest time getting an internet overhaul, since its many temples are home to hordes of (presumably) hungry, tech-hating macaque monkeys. And since the monkeys are seen as sacred, chasing them away is apparently out of the question. As a communications engineer for the project told Reuters:

The team even had to replace some of the wires less than two-months after they were installed because those goddamn monkeys couldn’t help themselves.

While the engineers are currently looking for alternative, prospects are bleak. According to Reuters, “The city of over 2 million people is impossibly crowded and laying underground cable is out of the question.”