Navy Chaplain Censored: ‘Don’t pray in the name of Jesus’ 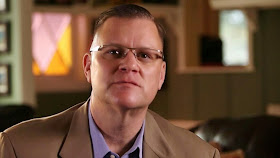 (Fox News) A Navy chaplain who faces the end of a stellar 19-year career because of his faith-based views on marriage and human sexuality was told by a base commander to refrain from offering a prayer in the name of Jesus, according to attorneys representing the chaplain.

That allegation was tucked away in an 18-page letter written to the commander of Navy Region Southeast by Liberty Institute attorneys representing Chaplain Wesley Modder. Liberty Institute is a law firm that specializes in religious liberty cases.


Liberty Institute asserts that Chaplain Modder’s fate could have a significant impact on every Christian military chaplain.

The letter included the results of Liberty Institute’s investigation of allegations levied against the chaplain by Captain John Fahs.

I’ll tackle that newest allegation later – but first here’s a recap of what I believe to be the LGBT-inspired witch hunt against Chaplain Modder:

Last December, an openly gay officer at the Naval Nuclear Power Training Command in South Carolina, took offense at Modder’s take on homosexuality. The chaplain, who is endorsed by the Assemblies of God, was accused of discrimination and failing to show tolerance and respect – among other things.

Just a few months earlier, Modder’s commander had called him the “best of the best” and a consummate professional leader.” But now he’s on the verge of being kicked out of the military.
“After our investigation, it is clear that the facts and law are on Chaplain Modder’s side,” Liberty Institute attorney Michael Berry said. “He has done nothing more than provide ministerial services in accordance with the precepts of his faith – which is completely consistent with Navy rules and federal law.”

Their letter is a point by point repudiation of the allegations against the highly respected chaplain – a man who once led chaplains who ministered to Navy SEALs.

“We believe the Navy will exonerate Chaplain Modder and restore him to continue his true calling of ministering to sailors and Marines as he has done for the past 15 years,” Berry said.

Liberty Institute maintains that Modder’s private counseling on issues involving human sexuality and same-sex marriage were consistent with the beliefs of his endorsing agency – the Assemblies of God.

“As a result of honoring the tenets of his endorsing denomination, he now faces the loss of his employment and removal from the Navy,” Liberty Institute wrote.

While Chaplain Modder specifically denies accusations that he used inappropriate language or gestures, he does admit to providing answers to questions from a Biblical world view.

“Navy chaplains are never required to compromise the standards of their religious organization, but are required to perform in a pluralistic environment,” they wrote.

That brings me back to the moment when Chaplain Modder was told he could not pray in the name of Jesus Christ.

Liberty Institute alleges it happened shortly after Modder assumed chaplaincy responsibilities at the training command. He was asked to deliver an invocation at a ceremony.

As he was walking to the lectern, Fahs is alleged to have told him to deep-six the Jesus talk – “counsel that Chaplain Modder accepted and with which he complied.”

Chaplain Modder’s fate could have a significant impact on every Christian military chaplain, asserts Liberty Institute.

Taking action, they argue, “Would send a dangerous message that other chaplains who share his beliefs – the vast majority of military chaplains – may also suffer adverse personnel actions and would have a profound chilling effect on any chaplain who seeks to provide biblical care.”

And if the Navy silences chaplains – they could certainly silence sailors.

“If the Navy can remove a chaplain who expresses his religious beliefs, then service members who share those beliefs will believe that they, too, are unwelcome in the Navy,” Liberty Institute wrote.