Father George Rutler: Medjugorje cult "has become an industry from which many have made a lot of money"

From Brantly Millegan at Aleteia: 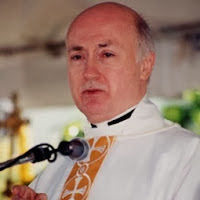 Author and pastor of the Church of St. Michael in Manhattan, Fr. George Rutler views the Medjugorje phenomenon overall very negatively and sees the letter as a step in the right direction. “I have had numerous encounters with proponents of the Medjugorje cult, almost of of which have been dismaying. Popes and others have been misrepresented as wholeheartedly endorsing it. It has become an industry from which many have made a lot of money. This statement of the CDF indicates at least solid reservations about the alleged apparitions.”

“Benefits of grace accrued by pilgrims are testimony to the power of God to reward sincerity of heart through any devotion, bogus or not. I have also known of many disappointments, errors, and scandals attached to Medjugorje, not least of which is disobedience to the local Ordinary. It amazes me that after so many years, this cult endures despite the banality of the locutions, and while one of course defers to the final decision of the Church, one would not be surprised if a negative judgment on authenticity is rejected by fanatics.”

Church historian Fr. C. John McCloskey has similar sentiments. “This letter is decades late but nonetheless very welcome. The Church is slow in these matters because it is eternal. We should all pray that the Vatican gives its final judgement on the matter soon and the followers of these ‘apparitions’ obey and do not cause a schism of sorts in the Church. The Year of Faith is about conversions and reversions to our Holy Faith!”

James Likoudis, President Emeritus of Catholics United for the Faith, points to the continued disobedience of millions of Catholics against the judgement of the local bishops near Medjugorje and thinks that a positive judgement is highly unlikely. “The surprising statement on Medjugorje by the CDF to be communicated to the U.S. bishops appears to signal a negative Vatican judgment on the authenticity of the Marian apparitions in the former Yugoslavia. What is even more surprising is that the negative judgment of the two Bishops of Mostar as well as that of all the bishops of the Conference has not been heeded for many years by millions of Catholics who continue to give credibility to quite questionable apparitions of Our Lady.”

“At any rate, without prejudging the final decision of the special Commission of Cardinals regarding Medjugorje, it is certainly difficult to believe that the Commission would reverse the judgments of Bishops who for years have investigated the matter on the spot and declared in effect, that ‘supernatural apparitions and revelations’ had not taken place. It would be quite astonishing were the judgment of the present Bishop of Mostar, actually be overturned. ‘The numerous absurd messages, insincerities, falsehoods, and disobedience associated with the events and ‘apparitions’ of Medjugorje from the very outset, all disprove any claims of authenticity.’ (Bishop Ratko Peric) In my opinion, the Vatican’s welcome stress on collegiality would hardly favor throwing orthodox bishops under the bus.”