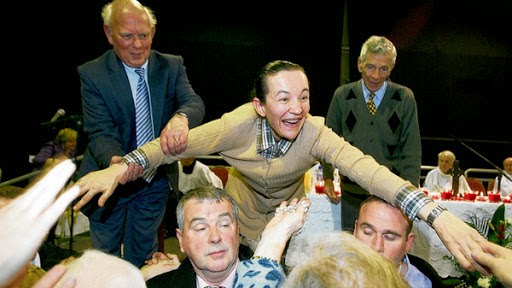 Related in the ensuing article, the sixteenth-century case of Magdalena of the Cross is essential reading for those who argue that even Satanic inspiration could not keep the fraud alive for so long. At least one of the "seers" or their extended family would have broken ranks and spilled the beans, they say. Yet even without a preternatural element, with so much money at stake, both personally and corporately, it would take a brave person to fess up to such an epochal deception tied to myriad vested interests. Fr Philip Pavich, an American Franciscan who worked for eleven years in Israel before securing a transfer to Bosnia to be close to Medjugorje, is in no doubt about this powerful motivation to maintain the Big Lie.

"I believed the apparitions when I came. If anybody wanted it to be true, I did," he once told writer Bill Sammon. Watching people go partially blind by staring at the "miracle of the sun" and observing "professional visionaries" who are "living off the profits" of the booming tourist trade opened his eyes to the truth. "Medjugorje has spawned 400 visionaries in the United States," said Pavich, "They got 'em in every state. It's a ridiculous, pandemic situation. It's totally out of control. I mean, it is a sick visionary world. Canada, the United States, Australia … everybody that has touched Medjugorje has spawned a whole new petri dish of visionaries."

Pavich grew especially disenchanted with the six original visionaries. "Oh man, they bring home lots of money. People give unbelievably. It's like a cult. They're like little cult leaders, little cult characters. And they collect, man, big time. They've got second houses; they've got perks. They're professional visionaries who are living off the profits."

"Some wealthy Croat tour leader will put down 80,000 bucks, build a house for a visionary, and then she'll sucker her pilgrims into coming by saying 'When you come you'll get to stay with a visionary'," said Pavich, who noted the beauty of the visionaries' houses. "They're a scandal to a lot of people because they (the visionaries) are in on the take — big time. ... They don't work, they never work. They just collect money..."

Contrary to the view of badly misled Medj advocate Fr Amorth, the "visionaries" have indeed grown rich alongside these brutal vested interests. "None of the seers were ever enriched thanks to the apparitions," insists Fr Amorth. "Whoever can provide documentary proof to the contrary, let him do it; otherwise, shut up."

The Italian website L' Impertinent abAteo picked up this gauntlet thrown down by Fr Amorth. After research based on "clear and incontrovertible" documentation, it produced a report detailing the small fortune "seer" Ivan Dragicevic has made (in cahoots with travel agencies) from his "visions." 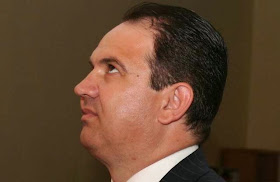 "Pilgrimage to Medjugorje with accommodations at the home of Ivan Dragicevic!" advertises "206 Tours," setting out the specific dates from May to September 2012 when Ivan is in residence (the 'off season', October-April, he now spends in America). The pilgrimage package includes: "Conversations with Ivan in the chapel of our house; Breakfast and dinner served by Ivan and Family; Ivan will lead the group on Apparition Hill to pray and meditate; There will be many opportunities to talk with Ivan during your stay." In addition, the "Dragicevic family will do their best to make as much as possible your stay pleasant and comfortable."

Careful scrutiny of this tourist operation revealed that a separate entity, "Prayer Experience" (run by Ivan and his wife), sells the selected tour package through the agency "206 Tours." Consequently, on the basis of a stated maximum of 28 pilgrims per pilgrimage, multiplied by the number of available dates (10), L' Impertinent abAteo, calculated a Dragicevic profit of $171,360 — "Not to mention the offerings that pilgrims and visitors will leave the beloved 'seer'." 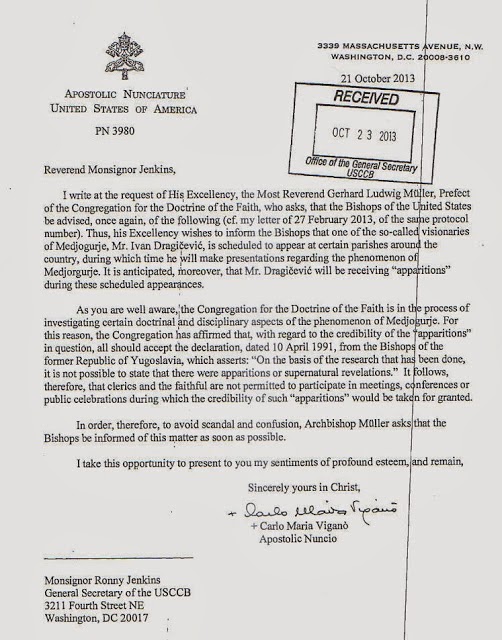 This first part of the investigation more than suffices to refute Fr Amorth's false contention. Part two, on Ivan's real estate wheeling and dealing, is the coup de grace. Anyone with some idle time to kill can view the full report at L' Impertinent abAteo. Here is the final reckoning, based on public records of the State of Massachusetts:

The other "seers" and their relatives also possess properties (pensions) in Medjugorje, and also advertise "travel packages..."