Ted Cruz on Birth Control: 'We Don’t Have a Rubber Shortage in America' 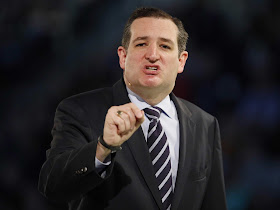 "Last I checked, we don’t have a rubber shortage in America. Look, when I was in college, we had a machine in the bathroom, you put 50 cents in and voila. So, yes, anyone who wants contraceptives can access them, but it’s an utter made-up nonsense issue,” Cruz said at a campaign stop in Bettendorf, Iowa...

"Now, listen, I have been a conservative my entire life,” Cruz said. “I have never met anybody, any conservative, who wants to ban contraceptives. As I noted, Heidi and I, we have two little girls. I’m very glad we don’t have 17.”