The USA will have its first martyr 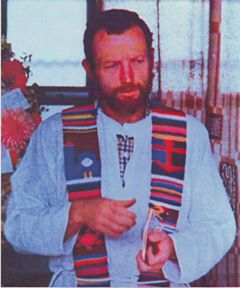 
"In case you didn’t already know, the USA will have its first martyr. Father Stanley Rother’s death has been accepted by the Theological Panel of the Congregation for the Causes of Saints as a martyrdom, clearing the largest obstacle for his beatification. While normally there is a miracle required for beatification, martyrdom is the ultimate witness and imitation of Jesus Christ. As what the Church calls the “Baptism by Blood”, a martyrdom (death in witness to Christ and because of Him) washes away all sin, even mortal, should the martyr be in such a state at the time of the martrydom.

A diocesan priest from the Archdiocese of Oklahoma City, Fr. Stanley was a hero to the Guatemalan people. When the rebels put him on a death list he fled Guatemala and returned to his native Oklahoma. However, he grew more and more distraught, and felt like he had abandoned his sheep. He returned, knowing that he was probably be shot, like so many others had. That is exactly what happened.

His case now moves on to a panel of cardinals and archbishops, and then on to the Pope. But these are more or less rubber stamps. The tough part of the investigation is now over. In the words of a little bird within the Congregation, “Go ahead and print the holy cards.” 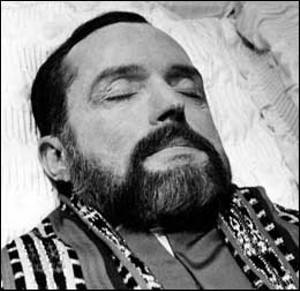 From Day by Day with María:

Please join me and the Church in Oklahoma and Guatemala in praying for the canonization of this faithful priest and martyr:

Heavenly Father,
source of all holiness,
in every generation you raise up
men and women heroic in love and service.

You have blessed your Church
with the life of Stanley Rother,
priest, missionary, and martyr.

Through his prayer, his preaching,
his presence, and his pastoral love,
you revealed Your love and Your presence
with us as Shepherd.

If it be your will,
may he be proclaimed
by the universal church
as martyr and saint,
living now in your presence
and interceding for us all.

We ask this through Christ our Lord. Amen
Vincenzo at 2:16 PM
Share