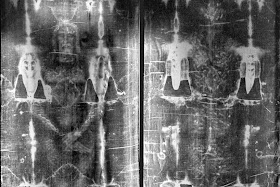 TURIN — “We decided to come as a sign, to say that we are citizens of this country and city. The Shroud draws Christians and Muslims, and in a world marked by division, it invites us to be brothers.”

This message of peace and dialogue came Wednesday from a group of Muslims who visited the Holy Shroud of Turin now on display at northern Italian city’s Cathedral. The delegation included the President of the League of Imams and Preachers of Mosques in Italy, Mohamed Bahreddine, and the spokesman for the Intercultural Center Mecca, Amir Younes.

“We need to be strong and say ‘no’ to every form of violence and terrorism, and ‘yes’ to coexistence: today we truly need this,” the delegation explained, recalling that “representatives of the Church always attend our celebrations at the end of Ramadan.”

Bahreddine described the moments passed before the Shroud as “a journey in time and history, in which we saw the figure of Jesus in the vision of our Christian brothers,” ANSA reported.

“There is something here that touches one’s soul,” added Younes, “and when this happens it is because one is in the realm of religion. We have looked on it as a moment that brings people together towards peace, a moment which we need very much today; and this is what we hope will also happen in our own regions, where war is waged for nothing.”

“I am pleased about participation,” commented Don Augusto Negri, director and chairman of the Diocesan Centre for Christian-Islamic dialogue. It signals “a desire for integration and acceptance of religious and cultural differences.”

Translation from the Italian by Diane Montagna of Aleteia’s English edition.