President Calvin Coolidge shoots at clay pigeons at his vacation home on the Brule at Superior, Wi. He scored twenty nine out of thirty seven. (AP Photo) 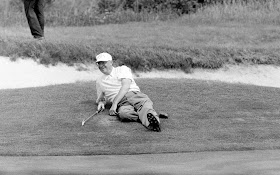 Dwight Eisenhower relaxes at the 18th hole during a golf game in Newport, R.I. (AP Photo) 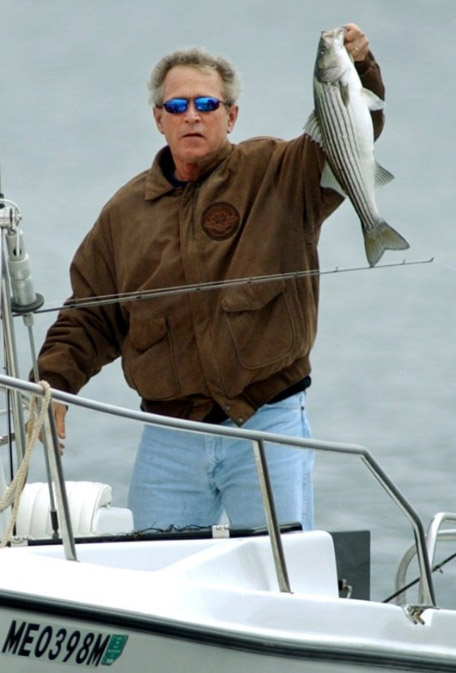 George W. Bush holds up a striped bass that he caught while fishing with his father, former President Bush, off the coast of Kennebunk, Maine. (AP Photo) 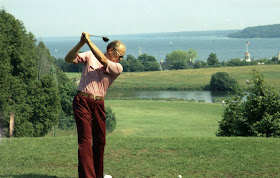 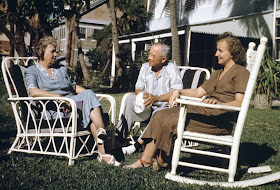 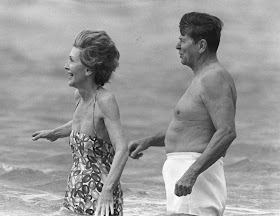 Ronald Reagan and his wife Nancy take a midday break in the water at Kahala Beach, Honolulu, Hawaii. (AP Photo) 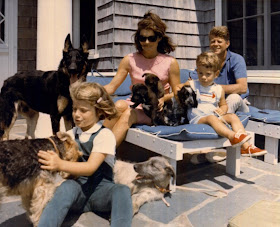