Bishop: Catholics Should Abstain from Yoga 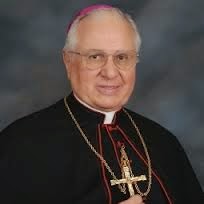 (Women of Grace) The recently retired Bishop Fabian W. Bruskewitz of Lincoln, Nebraska, sent a letter to our ministry in which he advised Catholics to steer clear of yoga because of its basis in Hinduism and to take up other methods of exercise that don’t place the faith in unnecessary danger.

Even though many people claim to use yoga as an exercise regime, Bishop Bruskewitz warns that yoga’s background is much more complicated than that because it has “the intention to strengthen and expand human consciousness and the rational and mind level of the person who engages in Yoga.”

He correctly points out that yoga originated in, and is an important part of, various forms of the Hindu religion which is, in the Catholic perspective, “a pagan religion based on heathen beliefs and false doctrine of revelation involving such things as transmigration of souls, and so forth..." (continued)


Read More at Women of Grace