From Bishop Tobin: Random Thoughts About the Synod on the Family 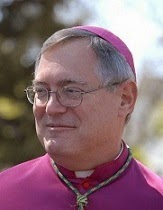 – It’s an enormous challenge to maintain pristine doctrinal purity while at the same time respond to the experiential, personal, and difficult needs of married couples and families. Behind every arcane discussion of gradualism and natural law there are parents and children awaiting God’s grace.

— In trying to accommodate the needs of the age, as Pope Francis suggests, the Church risks the danger of losing its courageous, counter-cultural, prophetic voice, a voice that the world needs to hear.

— The concept of having a representative body of the Church voting on doctrinal applications and pastoral solutions strikes me as being rather Protestant.

— In addressing contemporary issues of marriage and the family, the path forward will probably be found somewhere between the positions of Fr. Z and the National Catholic Reporter.

— Have we learned that it’s probably not a good idea to publish half-baked minutes of candid discussions about sensitive topics, especially when we know that the secular media will hijack the preliminary discussions for their own agendas?

— I wonder what the Second Vatican Council would have looked like and what it would have produced if the social media had existed at that time.

— Pope Francis encouraged fearless and candid discussion and transparency during the Synod. I wonder if the American Bishops will adopt the same protocol during their meeting next month in Baltimore.

— Wherever he serves, Cardinal Burke will be a principled, articulate and fearless spokesman for the teachings of the Church.

— Pope Francis is fond of “creating a mess.” Mission accomplished.