Pope Francis 'phones divorced woman' to say she can receive Communion. This is potentially a huge story 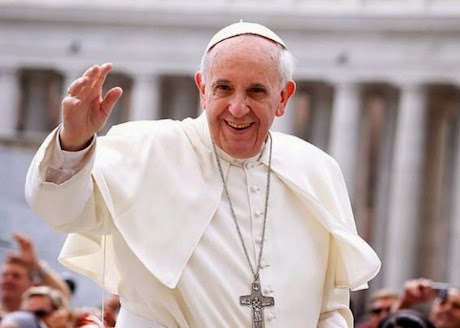 (The Telegraph) Pope Francis has phoned a divorced and remarried Catholic woman in Argentina to tell her that she could "safely receive Communion", according to an extraordinary report in La Stampa.

The woman's husband, writing on Facebook, claims that the Pope – introducing himself as "Father Bergoglio" – spoke to his wife, who'd been divorced before marrying him and told her that men or women who were divorced and received Communion weren't doing anything wrong. He apparently added that this matter is under discussion at the Vatican. (Quick health warning: given the complexity of this subject, we need much more clarity on what Francis reportedly said. I find it hard to believe that he would make such an unqualified statement...) - continued..