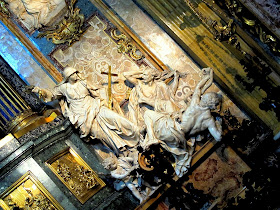 From Father B. Jerabek's blog: 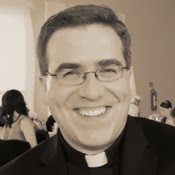 In the past several months – but particularly in the last couple of weeks – there have been several disturbing items in Church news that should be cause for concern for us all.

On the one hand, there was that questionnaire in preparation for the upcoming Synod on the Family, sent to all bishops of the world but also seeking lay collaboration in its completion. At the time, many took it to be a major shift in Vatican policy (even though, in effect, it was business as usual). And since then, there has been no shortage of agitation, in the media and in the Church: agitation that has as its goal to recast the survey as an indication that the Church is moving in the direction oUf becoming a democratic institution that will bend its teachings and its customs according to the fashions of the age. Sadly, and tragically, there have even been entire groups of bishops who seem to harbor such hopes. More on that in a moment.

On the other hand, there was the recent news of a report sent by the UN to the Vatican concerning its handling of the sexual abuse crises in different parts of the world. The document was problematic on various levels; in particular – and leaving aside the UN’s grandstanding – because it took it upon itself to tell the Catholic Church that it should change its teaching in order to conform with current moral fashions (among elite Western organizations, such as the UN): abortion, homosexual “marriage”, and so forth.

What followed was a very weak response from the Holy See. At first, there was an assurance given that the Vatican would very carefully study the document. But that first response was crucial. It rather took the impact out of any subsequent response – especially since the Vatican’s later condemnation of certain aspects of the document was not all that forcefully put.

So there was the UN telling the Church what to do and how to believe; OK, that’s nuts, but they are outside the Church and everyone has an opinion. But inside the Church, there has been, as I said above, no shortage of confusion either. As I have reported on several occasions here, some of Pope Francis’ words and deeds have given the impression – to some people – that suddenly everything is up for grabs: everything can be re-thought and re-invented – even things that were always understood as unchanging, such as the indissolubility of marriage. And this has emboldened all kinds of people whose voices, under previous Pontificates, were gradually being drowned out. They are rising up again. And there are even bishops in their number. Almost all the bishops in Germany, it seems. Almost all the bishops in Switzerland. Not a few in France. Etc. Confusion among bishops, confusion among priests, confusion among religious, confusion among laypeople.

Reflecting upon all of this, I was glad to see a fairly brief article (in Italian) that reports recent discourses of two different German bishops – one a Cardinal, and one a Cardinal-to-be. These men of the Church insist upon basic truths that we must never forget, and they also insist upon clarity in teaching. At a time like this, we need clear teaching. That is why I have recently begun to post excerpts on the indissolubility of marriage. That is why I have been talking about the domestic church. That is why I will also be posting on other themes in the near future that we all need to review.

The Catholic faith is not subject to the changing winds of the age, much less those of only a certain part of the world. It was given to us by Jesus Christ, who is the same yesterday, today, and forever.

The Church is not a democracy nor can it ever be. Yes, there are some matters where the opinion of groups and individuals can and should have an effect. But there are also some areas (such as dogma and doctrine) where that approach is simply not possible, if we would be faithful to our Lord. This article, then, which I have translated and pasted below, is helpful in clarifying things. Please do give it a read. Its author is Matteo Matzuzzi, and it was originally published in the daily Il Foglio on February 15th.

“Neither human nature, nor the Commandments,
nor the Gospel have an expiration date” 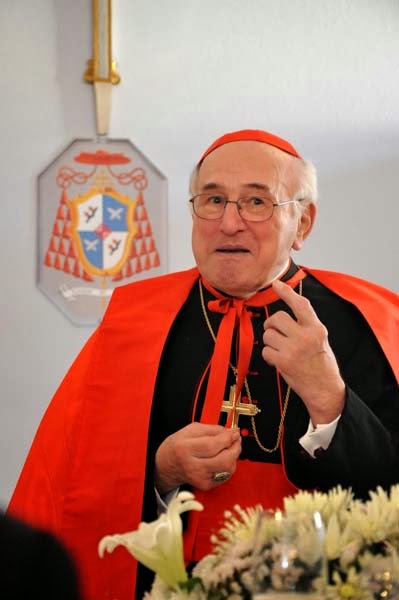 The secularist majorities that would like to recreate the Catholic Church’s moral teaching – in response to which Il Foglio successfully launched an appeal to Pope Francis for a counter-offensive of ideas and pastoral action – have found strong support among the ranks of some bishops’ conferences. Such as that of Germany, for example, now ready to make its voice heard (as the outgoing president, Msgr. Robert Zollitsch, had promised): namely, that “Humanae Vitae only creates confusion” among the faithful, and that “Catholic teaching is no longer adequate to the times” – so the young Bishop of Trier, Msgr. Ackermann, said a week ago.

Against this last affirmation, Cardinal Walter Brandmüller, also German, has inveighed: “Ethical teaching can be modified only to the extent that man’s nature changes”; moreover, “the Church’s ethics originate in the nature of man – a physical-spiritual nature”. Thus explained the Cardinal, in an interview with Armin Schwibach, published by the Catholic news agency Kath.net. And to those who speak of the need to bring the Church’s moral teaching up to date with new realities that were unknown until a few years ago, Brandmüller recalls that “neither human nature, nor the Commandments, nor the Gospel have an expiration date”.

Therefore, those who claim these things find themselves “in contradiction with the Word of God”. This happens because “a certain imprecision and haziness of language on the part of Church representatives is repeatedly observed. Clearness and precision are lacking. One hears things of which it is impossible to approve or disapprove, thus each person can draw from them whatever he finds most agreeable. But it is urgent and important that Church pronouncements be founded upon clear concepts”, adds the President-Emeritus of the Pontifical Committee for Historical Sciences.

“What is needed is courage to articulate the truth, even against current fashion – a courage that whoever speaks in the name of the Church must possess, if he does not want to fall short of his vocation”... (continued)