Swiss chocolate makers face inspections from American authorities to ensure their bonbons do not pose a bioterrorism threat in the US, according to a new report. 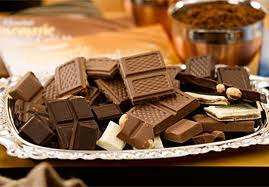 (The Local) Because of the importance of the US market, chocolate manufacturers in Switzerland are submitting to Uncle Sam’s intrusion in their factories but they are not happy about it.

“The fact that a foreign authority is involved in our Swiss businesses is unseemly,” Daniel Bloch, of Chocolats Camille Bloch, told Handelszeitung, the German-language business journal.

The newspaper has discovered that the US Food and Drug Administration (FDA) plans to inspect 21 chocolate factories and 18 dairies in Switzerland.

The move is part of the implementation of America’s Food Safety Modernization Act, new legislation signed into law by President Barack Obama last year that aims, among other things, to combat bioterrorism.

The FDA contends that imported food could be contaminated chemically or even in a radioactive way.

Handelszeitung said Swiss chocolate makers are astonished to be subjected to such screening from a foreign country.

“The companies will let the inspections go through because they want to continue to sell to the US,” Franz Schmid, director of the industry association Chocosuisse told the newspaper.

But the planned inspections appear to go well beyond health issues to include such details as sales, ownership, employees and the size of company buildings.

“We ask ourselves, what is the real reason for the FDA inspections,” Jacques Gygax, director of the Swiss dairy association Fromarte, told Handelszeitung.

Gygax fears the Americans may be looking for technical barriers to trade and imports.