Saints and Sacrifices: Maximilian Kolbe and Edith Stein at Auschwitz 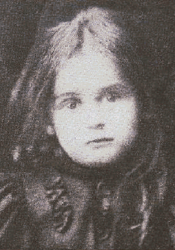 My posts over the last few weeks have been some of the longest I have written for These Stone Walls.  I thank readers for their forbearance and patience, and especially for sticking with these long but important posts. But I think you need a break, and I cannot look the other way while something very important for These Stone Walls is occurring on the Church calendar.

Though August 14 is a Sunday this year, and the Sunday celebration takes precedence, it is also the Feast of St. Maximilian Kolbe, the inspiration behind These Stone Walls.  August 9th is the Feast of St. Theresa Benedicta of the Cross, also known as Edith Stein, and a saint for whom I have great personal devotion.  They died one year apart in prison at Auschwitz, but that is not the end of their story.  It’s a story of the triumph of grace over great evil.  Please read (or re-read) “Saints and Sacrifices;  Maximilian Kolbe and Edith Stein at Auschwitz...”

Saints and Sacrifices: Maximilian Kolbe and Edith Stein at Auschwitz

by Fr. Gordon J. MacRae on August 11, 2010
Saint Maximilian Kolbe and Saint Teresa Benedicta of the Cross – Edith Stein – are honored this week as martyrs of charity and sacrifice.

In “The Paradox of Suffering,” I invited TSW readers to join my friend Pornchai Moontri and me in a personal Consecration to Saint Maximilian Kolbe’s dual movements: the Militia of the Immaculata and the Knights at the Foot of the Cross. Our Consecration will take place at Mass on the night of August 15, the Solemnity of the Assumption, and the day after Saint Maximilian’s Feast Day. Instructions for registering your own Consecration can be found at www.marytown.com. the website of the National Shrine of Saint Maximilian Kolbe.

We’re very moved by the number of people who have pledged to join us in the Consecration last year. The invitation remains always open.

I can’t speak for Pornchai, but Consecration as members of Saint Maximilian’s M.I. or Knights at the Foot of the Cross certainly doesn’t mean I plan to take on any more suffering or that I’ll never again complain. It doesn’t even mean that I accept with open arms whatever crosses I bear and embrace them.

A person who is unjustly imprisoned must do all in his power to reverse that plight just as a person with cancer must do everything possible to be restored to health. Consecration doesn’t mean we will simply acquiesce to suffering and look for more. It means we embrace the suffering of Christ, and offer our own as a share in it. In the end, I know I cannot empty myself, as Christ did, but I can perhaps attain the attitude of “Simon of Cyrene: Compelled to Carry THE Cross,” of which my own is but a splinter.

Last March in my post, “Saint Patrick and the Labyrinthine Ways,” I wrote that history has a tendency to treat its events lightly. The centuries have made Saint Patrick, for example, a sort of whimsical figure. History has distorted the fact that he became the saint he is after great personal suffering. Patrick was kidnapped by Irish raiders at the age of 16, forced from his home and family, taken across the Irish Sea and forced into slavery.

The life and death of Saint Maximilian are still too recent to be subjected to the colored glasses through which we often view history. As with nearly all the saints – and with some of us who simply struggle to believe – great suffering was imposed on Maximilian Kolbe and he responded in a way that revealed a Christ-centered rather than self-centered life. What happened to Father Maximilian Kolbe must not be removed from what the Germans would call his “sitz im laben,” the “setting in life” of Auschwitz and the Holocaust. As evil as they were, they were the forges in which Maximilian cast off self and took on the person of Christ...