Researcher says she found text on Shroud of Turin 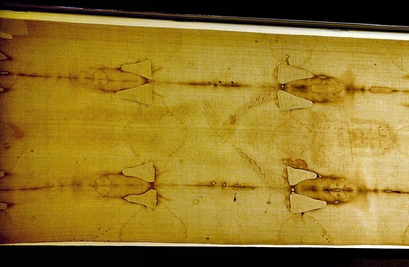 ROME — A Vatican researcher claims she has found a nearly invisible text on the Shroud of Turin and says the discovery proves the authenticity of the artifact revered as Jesus' burial cloth.

The claim made in a new book by historian Barbara Frale drew immediate skepticism from some scientists, who maintain the shroud is a medieval forgery.

Frale, a researcher at the Vatican archives, says the faint writing emerged through computer analysis of photos of the shroud, which is not normally accessible for study.

Frale says the jumble of Greek, Latin and Aramaic includes the words "Jesus Nazarene" and mentions he was sentenced to death. She believes the text was written on a document by a clerk to identify the body and the ink then seeped into the cloth