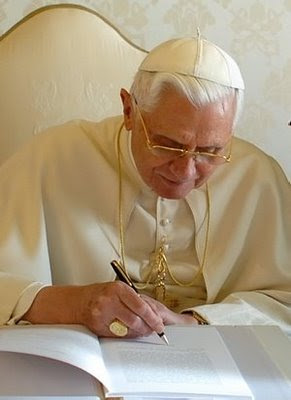 When the text of Anglicanorum coetibus was made public, I had no hesitation at all in wanting to be part of an Ordinariate. I happened to be in Rome at the time of the announcement, and I excitedly called my archbishop and said to him that I wanted to send in a request right away. His response was, "What's your hurry?"

His question didn't make any sense to me. In fact, I pondered it all the way back from Rome. But I think I've figured it out.

He knows me as a pastor, and us as a parish, because we're part of his archdiocese, just like his other priests and parishes. Sure, we have a different liturgical use. But heck, when you go around the archdiocese you'd swear that every single parish has its own liturgical use. He knows that we're loyal to him as our archbishop. He knows our school as one of the finest in the archdiocese, recognized nationally as an excellent educational institution. We pay our money on time. We're supportive of archdiocesan programs, such as pro-life efforts, the apostolate to the homeless and needy, the seminary, and a host of other things. When he visits the parish we welcome him as our spiritual Father-in-God. And then he gets a call from me, all excited about the new Apostolic Constitution, and the possibility of becoming part of an Ordinariate. I didn't stop to think that he hadn't been particularly waiting for this development. In fact, it hasn't been on his radar screen at all. So when he hears me, naturally his first reaction is, "What's your hurry?"

The thing is, the immediate desire to be part of an Ordinariate isn't hurrying at all. We've been working for this and praying for this for some thirty years. When approaches were made to the Holy See back in the 1970's, we had no idea what the Church might do for us. When the Pastoral Provision was established by Pope John Paul II, it was a huge step forward, and we entered into the process as quickly as we could. Why would we have waited around? We asked; Rome responded; we fulfilled the requirements as soon as possible, and we were welcomed home. But even then we knew that some sort of separate jurisdiction would be necessary if our parishes were going to grow and increase in numbers. And we took great comfort in the fact that the document outlining the terms of the Pastoral Provision allowed for this possibility.

In section II, 1 of the Pastoral Provision document signed by Cardinal Seper on July 22, 1980, Prot. N. 66/77, it states, "The preference expressed by the majority of the Episcopal Conference for the insertion of these reconciled Episcopalians into the diocesan structures under the jurisdiction of the local Ordinaries is recognized. Nevertheless, the possibility of some other type of structure as provided for by canonical dispositions, and as suited to the needs of the group, is not excluded." (emphasis added). 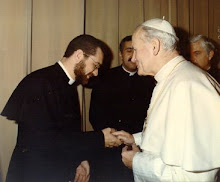 That's precisely what has happened with the promulgation of Anglicanorum coetibus. A new structure is being provided. We tried it the way the Episcopal Conference wanted it to be. Where we were allowed to exist, we were made part of the existing diocesan structures under the jurisdiction of the local Ordinary. And that's the problem, clearly stated: "where we were allowed to exist." There were a few bishops who allowed the erection of parishes, but many bishops refused to allow a parish to be established under the terms of the Pastoral Provision. Some bishops were confused by it all, and would refer it to someone in the Chancery system, where the request would languish. Many bishops saw this only in terms of "married priests." Still other bishops couldn't see the purpose of us having our own liturgy, and a number of them told potential converts, "Sign up for RCIA, and just become Catholics in your local parish."

But now, with Anglicanorum coetibus, all that's changed. Pope Benedict XVI recognized the constraints we've had for these many years, and he's provided a solution. And not only provided it, but written it into the law of the Church, and extended it throughout the world.

There's nothing here for me to agonize over. The Holy Father has made his decision under the guidance of the Holy Spirit, and he's signed the document, making the decision official and final.

So, with the deepest respect to those who feel they need more time to consider their options, or to explore issues, or to think about what they should do - by all means, take all the time you need.

And to those who think I'm hurrying, I've had all the time I need to think about it. I've been thinking about it for nearly thirty years. I'm happy to express my thanks by saying, "Yes."